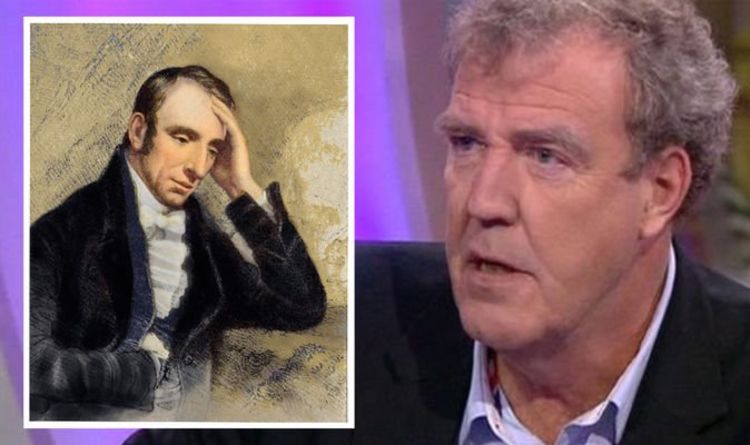 Jeremy Clarkson, 60, was stunned to learn that the National Trust was launching an investigation into mansions and racism – one he wonders why it costs a fair bit – including the home of avid anti-slave trader William Wordsworth, though it recently made redundant at least 500 people due to losses from the coronavirus pandemic. Closures have resulted in the confidence dropping £ 200million since last March.

The Trust’s report has been examined different historical places and their history of colonialism and slavery and examined connections to plantation owners, those who profited from the slave trade and those who have been paid compensation for enslaved people who have been freed by abolition.

Following the release of Hilary McGrady, the Trust’s director general, in 93 mansions across the country with proposed links to slavery last September, over 500 members complained, forcing the charity’s regulator to open a case to address growing concerns about the trust of the charity Trusts to consider acted outside of its charitable purposes.

It has now concluded that the National Trust was “acting in accordance” with its charitable causes and that there was no need for regulatory action.

McGrady has since admitted the timing was a “mistake” and Jeremy Paxman said on The Lock In podcast, “My biggest mistake was getting it out when we did because it clashed with Black Lives Matter.”

Properties included in the report included the home of avid anti-slave trader William Wordsworth in the Lake District, whose brother was involved in the trade.

But Jeremy seemed confused as to why they were spending money on an investigation in the first place.

In his latest column for The Sun, he wrote, “We learned that the National Trust, an organization popular with white-haired old people in Citroen Picassos, has lost more than £ 200 million since the pandemic began.

“I was a bit surprised to read this week that it was busy trying to find out if the house where the poet William Wordsworth lived was racist.”

Since reopening, Jeremy has had more problems with his council members, whom he described as “faint hearted and insane”. In his column for The Times, he advised readers, “If you open a farm shop, you will” Better get ready for the Four Horsemen of the Apocalypse, because believe me, these babies come for you with their knives burning on the wheels of their chariots .

“My farm shop is tiny, but it seems to have landed in this part of the Cotswolds like a nuclear weapon full of sarin gas.

“Sometimes I wish I had built a mosque instead. Or a bypass. It would have been less controversial,” he replied.

Jeremy announced that he had gone through countless rounds of planning permits, but noted that some people want to object to applications just for fun.

“We all know that community council enthusiasts are entitled to register their opposition,” he shrugged.

“But there are some people in the country who literally all day do nothing but object to things. They are all a mixture of skin and hatred.”

He quipped, “If you’ve ever tried building a guest room over a garage or cutting a tree, you know what I’m talking about.”

The moderator listed a few things for which he had already been approached, including the color of his roof and fears that his proposal to sell alcohol would attract “yobbos”.

But Jeremy was at a loss and couldn’t see who had defied all of his plans to the point where he now “distrusts everyone”.

Chris Brown Accused of ‘Placing’ a Lady, Below Investigation

Meredith Vieira Says This Celeb Was Her Worst Interview Ever

Tina Turner: The great by no means balanced the unhealthy |...